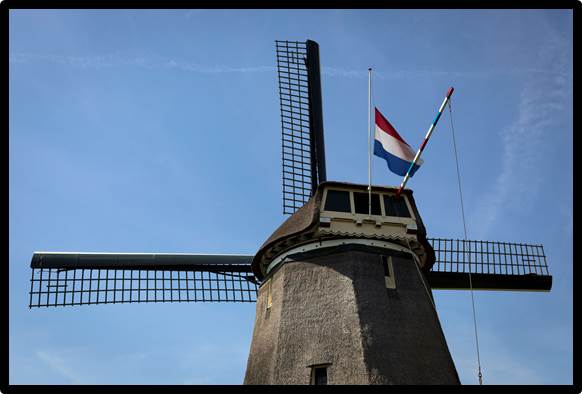 On July 23rd 2014 at 4:00 p.m. the remains of victims of the Malaysian  Airline Flight 17 disaster began arriving in Eindhoven in the Netherlands.  It is suspected that the flight was shot down by a surface to air missile while flying over the Ukraine. The majority of the victims were from the Netherlands, many from the Eindhoven area.  At that time, that day, I was in the middle of giving a presentation design workshop in Eindhoven.

The day of the workshop I got a ride with Leon (the host and organizer) to the High Tech Campus in Eindhoven (the High Tech Campus is sometimes called the Silicon Valley of Europe).  He had a meeting room arranged for us in one of the buildings on the campus.  On the way over he told me about the national minute of silence that would take place in the middle of my workshop.  We discussed a couple options of how to handle this, knowing that input and the feeling of the audience was critical. We knew we would have to be flexible, even cancel if necessary although that was not a desirable option – I had travelled a long way to present the workshop.

Just to make the situation more complex, following the minute of silence the arrival of the planes carrying the remains was being televised and live streamed from the military airfield in Eindhoven only a few kilometers away. The King of the Netherlands and his wife, the Prime Minister of the Netherlands, and other officials would be there to meet the aircraft.  This was a big event for the people of Eindhoven, and the Netherlands. Of course we would stop for the moment of silence, but what then?

Leon discussed the situation with the audience before he introduced me; we were going to do whatever they thought was best.  They decided that they wanted the workshop to continue, but they also wanted to view the planes landing and be part of this national day of mourning – their first since Queen Wilhelmina of the Netherlands died in 1962.  As I went through my material Leon watched the clock to make sure we could cut over to the live streaming of the planes landing.  Nearing the mid-point I knew it was getting close so I stopped at a place that I thought would be a positive point to pick up – in the event that we continued.  We switched over to the live stream and the audience sat in silence while the events of the day unfolded. We observed the minute of silence at the appropriate time and then quietly watched the news coverage from the airfield.  The images were very moving.  After about 30 minutes we asked the audience if they would like to continue with the workshop, or watch the news coverage. The majority agreed to continue the workshop although some people left due to prior commitments.

I restarted the workshop with a positive presentation story; I call it “Rita’s Story”. In 2010 my friend and colleague Rita asked me to consult with her on a presentation, she wanted to maximize its impact. She was requesting a members’ dues increase in her professional association. This increase would support similar professional associations and educational efforts in developing countries, as well as aid those who have experienced a natural disaster.  In the end, members voted “yes” to Rita’s request.  I was at the presentation and I believe (due to the reaction of her audience) that a single slide I made, with one word and a single image on it, moved them in her favour. The point of the story is that sometimes even one great image can create impact in a presentation.

“Rita’s Story” was a positive restart to the workshop, and we continued on.  From audience comments it was a successful event. Somehow we made it work on a very dark day.

There are no presentation design references for how to deal with presenting during a national disaster. My advice to presenters in this type of difficult situation is to acknowledge the situation, be sensitive to and focussed on the needs of the audience, ask them for direction, and include them in the decisions. They want the experience to be successful and will help you take them there.

Hopefully no one will ever need that advice.