Sometimes when a large group of people gather to attend a concert, sporting event, or a corporate event (etc), you may hear the call “Is there a doctor in the house?” I was attending a large corporate event in Orlando when it happened during a presentation with an audience of 2,500 people. 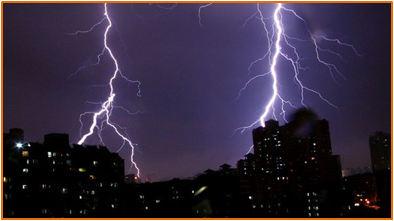 The presentation was about the military hospital in Kandahar, Afghanistan. The presentation had some graphic images of the horrendous injuries soldiers and civilians receive from landmines and IEDs (improvised explosive device). The presenter described the incredible skill and effort involved in saving the lives and limbs of the (fortunate) people who make it to the hospital alive.

Presentations such as this can be emotional for even the most seasoned health professional; our audience was comprised of some health professionals, but there were many “non-medial” business people who were not used to seeing such images and feeling the intense emotions. Suddenly someone shouted “Is there a doctor in the house?”  Well, yes there was … he was on stage giving the presentation.

So our presenter (who was a doctor in the United States Navy) quickly jumped off the stage and ran down the aisle to see if he could help. Thankfully the person was just overwhelmed by the images and emotion.  So what did our presenter do?  He trotted back to the stage, hopped up, and continued his presentation without missing a beat … exactly where he left off.  The only comment he made was to assure us that everything was all right. I thought WOW, here is a speaker who isn’t fazed by anything, and of course given his experience in Afghanistan I wasn’t surprised.  So, he continued on until…it happened again.  The second time he did the same thing, jumped off the stage, and ran right past where I was sitting to the back of the room.  The situation was the same, so he again trotted back, hopped up again, and finished his presentation (without further incident) completely unfazed.  Double WOW.

Should he have used less graphic images and less emotional stories? No, I believe he wanted to take us deep into his world; into the reality.  I think every presenter should strive for that.  For me, these incidents reinforced the notion that as a presenter you should always expect (and be prepared for) the unexpected. Computers fail, fire alarms go off, and people faint. When it happens (even if it happens twice) you need to go right back to your presentation as smoothly as possible.

I guess the old saying is true, the show must go on.